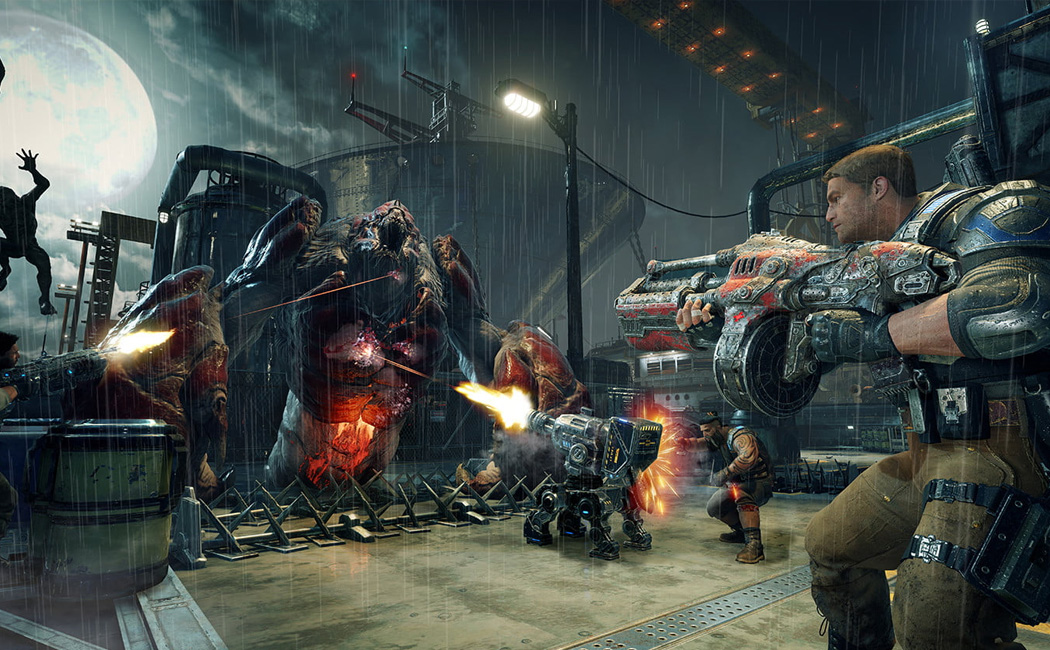 Microsoft has just unveiled the next installment in the Gears of War franchise, and it looks to really up the stakes. In Gears of War 5, coming sometime in 2019, the series looks to add a deeper emotional depth to the series, while still prioritizing the intense action and thrilling moments the previous games have always focused on. In the trailer, we got to see many returning characters, including Kate Diaz–who is the central character of the game–along with the likes of Marcus Fenix.

Once again developed by The Coalition, Gears of War 5 will pick up sometime after the events of Gears of War 4, which was a fresh start for the series with the COG forces fighting against a new threat. From the lengthy trailer, we saw a number of locations that you’ll come to visit, such an ice-covered lake and a jungle environment. While the the series has jumped around between different areas, there seems to be a stronger focus on variety here. Along with the reveal of GoW5, we saw an announcement of the new tactics game set in the Gears of War series.