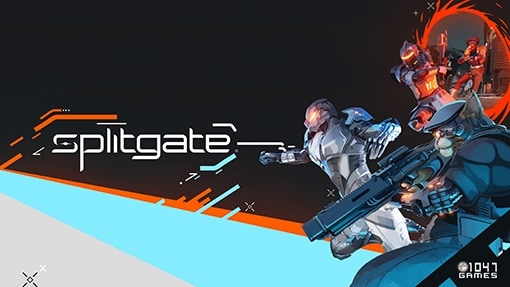 1047 Games’ free-to-play FPS Splitgate is about to enter its second season. With a large number of modes, plenty of gorgeous maps, and engaging movement mechanics, it’s easy to see how the Portal-esque shooter has captured the hearts of so many–and though the game is technically still in beta, the developers have begun releasing premium battle passes to go with each season. Here’s what players can expect to see in Splitgate Beta Season 2.

Last week, developers revealed that Splitgate’s leveling system is getting a complete overhaul in Season 2. 1047’s goals for Splitgate’s second season include rewarding committed players, providing them with new and unique challenges, and giving them the opportunity to customize their player cards and show off their skills with badges. Once the new season launches, Splitgate’s player cards will function like Apex Legends‘ banner cards, which allow players to display their achievement badges for friends and foes to see.

A tiny space to place a portal can be found in the corner of the remastered Abyss map.

In addition to banner badges and a boosted leveling system, Splitgate players can also expect to see a completely remastered version of the Abyss map this season. Abyss has been improved from both an aesthetic perspective and a gameplay perspective, according to Splitgate’s official community manager, Endo. Endo explained that while new Splitgate maps are definitely on the horizon, 1047’s current focus is getting current maps “to AAA status” before exiting the beta period. Curious players can learn even more about map changes via a sneak peak of the remastered Abyss map.

“We are overhauling our entire backend–an enormous investment–specifically because we want an amazing matchmaker that is fast and scalable enough to give our players great matches.” the dev explained in late April.

Three new modes are coming to Splitgate in Beta Season 2.

Perhaps the most exciting of all, Season 2 of Splitgate boasts not one but three new permanent game modes:

Hotzones is a mode described as “a new take on king of the hill.” In this mode, players must secure a zone for 30 total seconds to score a point–but the moment it’s been secured, the zone will move to a different location. The 30 seconds required to earn a point do not have to be consecutive, and the seconds timer does not begin to tick unless a single team controls a zone, uncontested.

Lockdown, according to 1047 Games, is similar to the pre-existing Domination mode. Like Domination, once you control a hill, you don’t have to sit in it to remain in control of a secured zone. But unlike traditional Domination, Lockdown only awards a point when all 3 zones are controlled by the same team. One the zones are controlled, they will move elsewhere. Each match has a 10-minute time limit, and the points required to win differ slightly: In ranked mode, the first team to accumulate three points wins, while those playing Lockdown in casual lobbies will only need to snag two points to win.

Juggernaut mode is perhaps the most exciting addition of Season 2. 1047 refers to it as a “a new free-for-all mode” in which one player is the Juggernaut and all other players are on a team against the Juggernaut. The player in this role gets more health and can run faster than other players, but cannot use a portal gun. Each second the Juggernaut stays alive nets that player points. To become the Juggernaut, a player must land the final killing blow on the current Juggernaut.

All of the new modes are sure to provide Splitgate players with endless hours of entertainment. For those seeking more information on the game modes scheduled to debut in Season 2, check out 1047’s blog post on the subject or take a look at the upcoming upgrades to Splitgate’s map creator. Stay tuned for a look at next season’s battle pass when Splitgate Beta Season 2 launches on June 2.