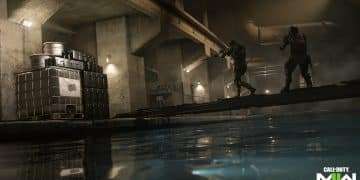 Activision Blizzard and Infinity Ward have unveiled Call of Duty: Modern Warfare 2 with a debut trailer, featuring some over-the-top campaign footage with music from Metallic.

Call of Duty: Modern Warfare 2’s full reveal trailer shows a montage of campaign set pieces, which features the iconic Task Force 141 getting down to business with Metallica’s “Wherever I May Roam” to set the mood. Task Force 141’s Captain Price, Simon “Ghost” Riley, Kyle “Gaz” Garrick, John “Soap” MacTavish, and the newly introduced Colonel Alejandro Vargas all make appearances for the big reveal. You can watch the full trailer down below.

Activision gave us an early look at the game, so check out our breakdown of all the Modern Warfare 2 campaign and multiplayer details. The developer also explained why Modern Warfare 2 is being dubbed as the beginning of a “new era” of Call of Duty, and it briefly touched on what players can expect for the future of Call of Duty.

Call of Duty: Modern Warfare 2 is scheduled to release on October 28 across PS4, PS5, Xbox One, Xbox Series X|S, and PC. The game is also confirmed to return to Steam, which is set at a $70 price tag. Preordering Modern Warfare 2 will secure early access to the game’s upcoming open beta, but dates haven’t been announced yet.

Even more Modern Warfare 2 information is set to be revealed on June 9, with a “world premiere gameplay level” scheduled during the Summer Game Fest event. Additionally, here are the rumors and details we know so far about the recently confirmed Warzone 2.