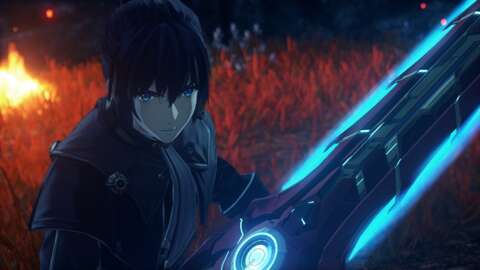 Xenoblade Chronicles 3 releases tomorrow exclusively for Nintendo Switch. If you haven’t preordered a copy yet, we have an exclusive discount code that will drop the price of Xenoblade Chronicles 3 to $48, down from $60. This deal is available at Super Saver (formerly Daily Steals) and requires you to enter promo code GSXCHR at checkout to get the discount. If you’re waiting for more reviews to drop before picking it up, you have until August 10 to take advantage of this deal.

Super Saver’s deal applies to the physical version of Xenoblade Chronicles 3. It also includes free shipping and a 30-day money-back guarantee. The only downside to this deal is that you’ll have to wait a bit longer to play, as Super Saver doesn’t offer release-day delivery. That said, you should get your copy in a few days. Super Saver is offering everyone a $5 discount, but using our promo code GSXCHR will knock that all the way down to just $48. Xenoblade Chronicles 3 hasn’t been discounted at any major retailers yet, and we doubt that there will be a better deal than this in the coming weeks/months.

Xenoblade Chronicles 3 doesn’t have a direct connection to the first two titles, meaning you can dive into the latest chapter without needing to go through 100+ hours of playtime offered by Xenoblade 1 and 2. You’ll get the most out of your time if you’ve played its predecessors (as there’s a lot of world-building and overarching concepts that carry over), but even newcomers can enjoy this third mainline installment as a standalone title.

The game follows Noah and Mio, who are part of two rival nations in a constant cycle of war. Our Xenoblade Chronicles 3 review called it an “ambitious” title and one that brings incredible storytelling, characters, music, and gameplay into a compelling JRPG bundle.

“Xenoblade Chronicles 3 feels like the game Monolith Soft has been trying to craft for years,” wrote critic Jake Dekker. “While its dialogue could have used an extra pass, it more than makes up for it with its wonderful story and superb combat. It’s rare for a JRPG to hold my attention for a 100-hour runtime, but Xenoblade Chronicles 3 did it with confidence.”