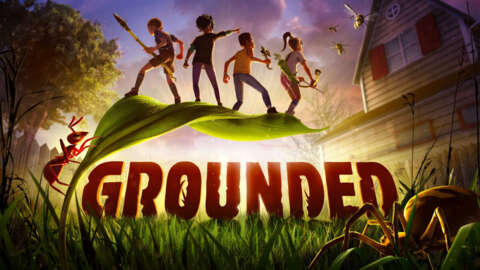 Obsidian has announced that Grounded will be released on September 27, after being in early access for two years.

Today marks two years for Grounded!💚
We love you all and are thankful to share this journey with you. 🙏
As a special treat, Game Director Adam Brennecke is here to share some exciting news, such as what’s coming in the next flight and the release date! Give it a watch! 🙌 pic.twitter.com/tlgPbhYbYe

Game director Adam Breenecke announced on the official Grounded Twitter account that the final update for its early access would be coming today. Breenecke states that the 1.0 release of Grounded will be the “biggest update ever” for Grounded. The update will feature the full story, surprises, and players will “fully uncover why you’re in the backyard and how you’re going to get out of this mess.”

In preparation for the 1.0 update, Obsidian announced today will be the final update for Grounded until September 27. The final update is referred to as the “Home Stretch” and will include:

The meal system will be moved to the cookery so players can use it earlier in the game’s progression. A secret feature was also announced but won’t be included in this update today.

Be sure to check out GameSpot’s Grounded review, where Joab Gilroy states, “Grounded has the foundation needed to turn into a great survival game, but it has a long way to go yet. The titular term comes from aviation–when a pilot finds themselves, for whatever reason, unable to fly, they are Grounded.”

For more Grounded news, check out these stories: