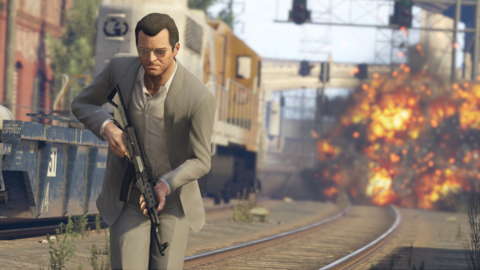 Rockstar Games is at work on the next Grand Theft Auto game, which may feature a Latina woman in Vice City, but when will the sequel to the immensely popular GTA V be released?

According to a report from Bloomberg, management has “loose schedules in place” for when GTA 6 could be released, but nothing is locked down yet. People who spoke to Bloomberg said they expect GTA 6 to be “at least two years away.” This would put GTA 6’s release date at some point in 2024 at the soonest.

Officially, neither Rockstar Games nor parent company Take-Two have announced a release date for GTA 6, nor has either company even provided a window or any indication as to when the game may release. Some analysts are projecting the game could be released in Take-Two’s FY2024, which begins April 2023 and ends March 2024.

According to Bloomberg, GTA 6 has been in development “in some form” since 2014, which is just a year after GTA V originally launched in 2013. In February this year, Rockstar Games confirmed that GTA 6 was in production, and development was “well underway.” Production on the title appears to be ramping up of late, with Rockstar Games recently posting dozens of new jobs.

The report said development on the title is progressing slower than some developers expected. The pandemic caused production delays, the report said, but another factor causing the slower development was due to changes at Rockstar to help improve culture and working conditions. Additionally, the design department was said to have been restructured to help workers avoid excessive overtime.

Earlier in 2022, a group of GTA 6 designers at Rockstar’s office in Edinburgh quit over concerns about a “lack of progress” on the game, according to Bloomberg.

Rockstar Games was apparently at one point planning remasters of GTA 4 and Red Dead Redemption before changing course. Earlier this month, Rockstar said it has been “steadily moving more development resources” to the next GTA game over the past few years, which is why updates for Red Dead Online specifically will slow down.

GTA V has sold more than 165 million copies and the game continues to bring in more money from its GTA Online mode and the newly launched GTA+ subscription offering. GTA Online’s latest big free expansion, Criminal Enterprises, is out now. Take-Two might have more to say about Rockstar Games and the future of the GTA series during its next earnings briefing, which is scheduled for August 8.