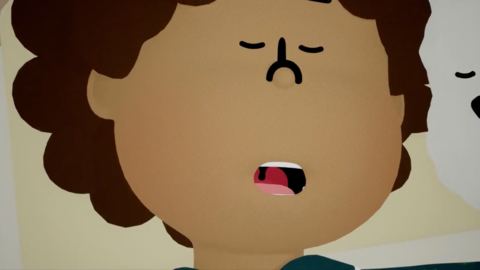 Katamari Damacy director Keita Takahashi has been staying busy as of late, and his next game was announced today during the Annapurna Interactive Showcase. His new game at the studio Uvula is in the works, and if you’re confused after watching the teaser, you aren’t alone.

The announcement teaser for Uvula’s untitled game, which is quite short, features a sleeping child in close-up. After opening his eyes, the child is licked by a dog and the teaser concludes.

If it were anyone else, we’d assume this were just some sort of cryptic video that hinted at the themes or story for the game. Because it’s Takahashi, however, there’s a chance the game could literally be about a dog going around and licking people. Only time will tell, but judging by his past work, you can at least count on Takahashi swinging for the fences.

Prior to working at Uvula, Keita Takahashi designed Wattam, a game that is essentially about being friends with everyone. In our Wattam review, Funké Joseph said, “Wattam is cool because it isn’t just eccentric for eccentricity’s sake–it also has a message it wants to share. You meet a few characters that come in the form of a scroll, a book, and a futuristic floppy disk that explain the message and why connections and bonds are so important in this world.”