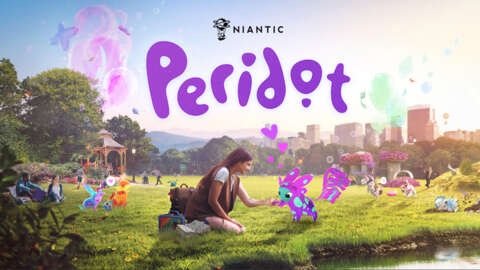 Pokemon Go developer Niantic’s next game Peridot has kicked off its latest beta, but it’s currently only available to players in Norway.

Niantic announced the news through the official Peridot Twitter account, saying “Peridot Beta is now live in the majestic land of Norway! Download to adopt your first Peridot today!” Previously the game has been available to try out in Malaysia and Singapore, making Norway the first European territory to have access to the game.

Peridot was revealed back in April and borrows from the breeding aspects of Pokemon Go. There are Tamagotchi influences in there too, as it is more about raising the titular creatures than making them fight.

Like other Niantic games, it will incorporate alternate reality features, letting you take the Peridots on short walks, exploring new places, and you can play and train with them too. Apparently each Peridot has “its own unique DNA,” and can even recognise what kind of land is beneath its feet. Depending on where it is, it can forage for different types of food.

As an example, if it’s around water, it can find kelp, whereas a sandy area might produce prickly beets. Weather isn’t planned to be taken into account for the most part, though for the more snowy months of the year there are some plans for some features.

Essentially, it sounds like what every Sonic Adventure fan wants more than anything else: a Chao garden mobile game.

Currently, Peridot doesn’t have a planned full launch, and is likely to gradually roll out in various territories like all of Niantic’s previous games. You can head to the official site to sign-up to take part in a beta, but no guarantees you’ll get picked.