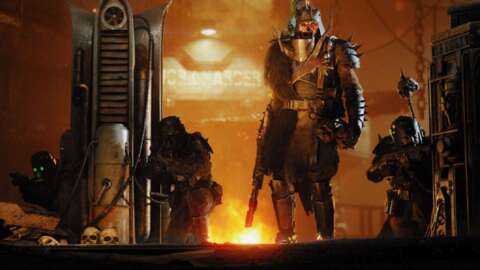 Warhammer 40,000: Darktide, the upcoming FPS title for the Xbox Series X|S and PC, has been delayed. Martin Wahlund, CEO and co-founder of developer Fatshark, stated that only the PC version has a release date of November 30, and the Xbox Series X|S version “will launch shortly after PC.”

“Delaying a game is perhaps one of the most difficult decisions a developer faces and one we are not excited about making. Still, we hope this speaks to our commitment to taking the time necessary and doing whatever it takes to get you the best possible game,” Wahlund said in the announcement.

Wahlund goes on to explain that soon there’ll be a series of tests and betas to ensure fans that Fatshark will “deliver the best version of the game.” Players can sign up for the beta by visiting the Darktide website. After signing up, you’ll receive an email asking for more information on how to participate.

Warhammer 40,000: Darktide is a four-player FPS. You play as one of four outsiders who all have unique abilities and playstyles. As you can see in the trailer, there’ll be various fighting methods using melee and ranged weapons.

To see what other games have been delayed this year, check out our story of every game delayed In 2022.

For more Warhammer 40,000: Darktide news, be sure to check out these stories: