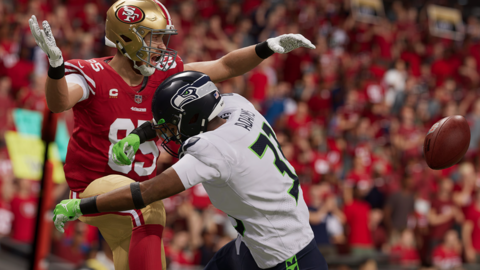 Now that Madden NFL 23’s player ratings have been announced, the natural next step is for people to complain about them. This year, EA Sports is giving fans a new way to have their voices heard.

What EA is called the “Madden NFL Ratings Hotline” is now open. Anyone–fans and NFL stars alike–can call in for a chance to speak with a Madden ratings adjustor to share their two cents. Someone might answer the phone, but if not, fans can leave a message to send in their feedback.

The number is 689-278-3030. When we tried calling, the call went straight to voicemail, with a prompt from ratings adjustor Chad “Ochocinco” Johnson telling us to leave a message that explains why EA should consider changing the rating for a player in the game.

“Those fans that dial in with real evidence and a well-thought-out case, could just see their favorite player’s rating change,” EA said.

Bear in mind, this is a marketing campaign devised to help drum up interest in and awareness for Madden NFL 23. It’s fun and silly, but presumably–as usual–a player’s in-game rating will rise or fall most consistently based on their on-field performance.

You weren’t supposed to know about this but…

there’s a #RatingsAdjustor hotline you can call for your favorite @NFL players 👀 pic.twitter.com/7cdyEXV9Rc

EA and the NFL put out a video to promote the hotline. Watch the video above to see NFL stars Micah Parsons, Derwin James, Kyle Pitts, and D’Andre Swift talking to Johnson about the dial-in program.

Madden NFL 23 releases on August 19 featuring none other than the late John Madden on the cover. For more, check out GameSpot’s Madden NFL 23 preorder guide.