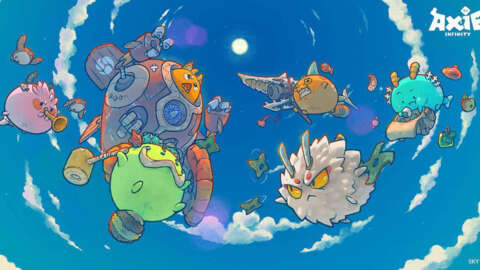 Blockchain and NFT game Axie Infinity’s CEO reportedly moved crypto tokens before the company officially announced that it had been hacked and was freezing all transactions.

Earlier this year, Axie Infinity was the subject of a hack that resulted in $625 million stolen in a huge digital heist. Now Bloomberg reports that Trung Nguyen, CEO of the developer Sky Mavis, moved about $3 million worth of Axie Infinity’s main token, AXS, from Axie’s blockchain to the crypto exchange Binance before news of the hack went public.

The transfer itself was viewable publicly, but there was no information in the wallet that could pinpoint the person controlling it. However, when presented with an analysis of public data apparently linking the wallet to Nguyen, Sky Mavis confirmed he was in control of the wallet.

Kalie Moore, a spokesperson for Sky Mavis, told Bloomberg that the reason Nguyen made the transfer was to support the company’s finances during the crisis, in a way that wouldn’t be obvious to the wider crypto market, and be overall better for Axie Infinity’s economy.

“At the time, we (Sky Mavis) understood that our position and options would be better the more AXS we had on Binance. This would give us the flexibility to pursue different options for securing the loans/capital required,” said Moore. “The Founding Team chose to transfer it from this wallet to ensure that short-sellers, who track official Axie wallets, would not be able to front-run the news.”

Moore also noted that any suggestion of other motives–such as Nguyen trying to mitigate any personal losses–would be “baseless.”

Nguyen himself posted a series of tweets later on reiterating similar points, again calling the allegations of insider trading “baseless and false.”

Axie Infinity is an NFT-based online game, centering around the collection and breeding of Pokemon-like creatures that can be sold for real money to other players.