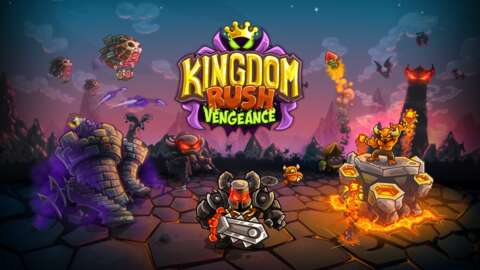 Kingdom Rush Vengeance TD+ is a tower defense game where players face off against various enemies while training new heroes and unlocking new towers in-game. Players will have the chance to combine towers, abilities, and special powers to stop their enemies in their tracks.

In addition to Kingdom Rush Vengeance TD+ joining Apple Arcade, The Oregon Trail has been updated to be integrated with the Apple Watch app. With The Oregon Trail: StepTracker, players can launch the app, and their daily steps will be counted towards making the journey across the United States in-game.

Apple Arcade is a game subscription similar to Xbox Game Pass or PlayStation Plus. Subscribers have to pay $5 a month, and in return, they get access to games such as Grindstone, Oceanhorn 2, Spire Blast, Angry Birds Reloaded, SP!NG, Crayola Create and Play+, and Cut the Rope Remastered. For apple users that are unsure if they want to subscribe or not, they can use a one-month free trial to test out as many games as they’d like.

For more mobile gaming news, check out these stories: