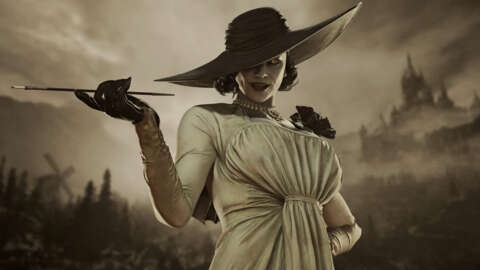 Capcom has announced that Resident Evil Village will be getting a free accessibility update in October. The update will be released alongside the launch of the game’s Winters’ Expansion DLC and Gold Edition.

The new accessibility options that will be added include highly requested subtitle changes, which will allow players to adjust the size and color, as well as toggle the background on and off. The names of characters will also be available to display in story mode to indict who is speaking, and closed captions will be introduced. A permanent reticle option is getting added too. Although this is a small update, the accessibility features being added will no doubt make a big difference to the player experience.

Resident Evil Village Gold Edition and the Winters’ Expansion DLC are both set to release on October 28 for Xbox One, Xbox Series X|S, PlayStation 4, PlayStation 5, and PC. The DLC will not only have a new third-person camera mode, but it will also come with a new Mercenaries update featuring Lady Dimitrescu, Karl Heisenberg, and Chris Redfield, and two new stages.

In terms of new story content, the Winters’ Expansion will include a new chapter called Shadow of Rose, which picks up 16 years after the events of Village. The player will take the role of protagonist Ethan’s daughter, Rose, who returns to the titular town while also grappling with her new powers.

Resident Evil Re: Verse, the PvP multiplayer deathmatch game featuring characters from across the franchise, is also expected to release on the same date. It was originally supposed to launch alongside Resident Evil Village last year but was subsequently delayed.