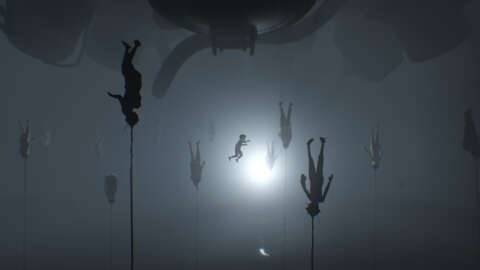 As usual, the Xbox Game Pass library was refreshed throughout July with new and well-received games. As Dusk Falls is easily the biggest new game, but if you’re looking for something that oozes atmosphere, style, and clever game design like a freshly squeezed hagfish, then you’ll want to check out Inside.

Released in 2016 by Limbo developer Playdead, Inside describes itself as a dark, narrative-driven platformer that combines platforming with puzzle elements. Upon release, it scooped up rave reviews and awards for its distinct style and eerie elements that were combined with an excellent soundtrack to create a haunting experience.

“This is a beautiful, haunting, and memorable game, a worthy follow-up to Limbo,” Alex Newhouse wrote in GameSpot’s Inside review. “Its puzzles, although rarely difficult, are engaging complements to the story. The real achievement of this game, though, is the way that it crafts its narrative.”

It’s worth mentioning that there’s no exact timeframe on how long Inside will be available for, so grab it and play it while you still can. Game Pass adds new titles every month, but to make space for them, it also rotates several games out of the collection. July’s departures included Dodgeball Academia, Lumines Remastered, Katamari Damacy Reroll, and several other games.

If you’re interested in grabbing Inside and several other great games, Xbox Game Pass is well worth subscribing to. For $15 a month, Xbox Game Pass offers access to a revolving library of more than 400 games on Xbox Series X|S and Xbox One and hundreds of games for PC as well.