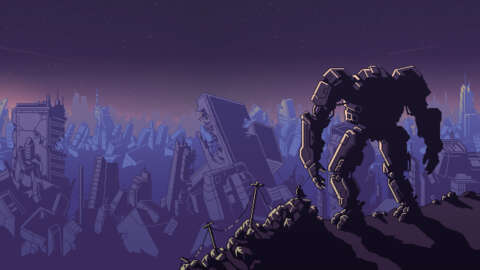 When Netflix announced its intentions to move into the mobile gaming space, I, like many others, was skeptical. Like the dreaded TikTok-ification of Instagram, it felt like yet another example of a tech company that couldn’t stay in its lane, couldn’t simply continue doing what it was good at. Perhaps in response to its own view that Fortnite is more of a competitor than HBO, this new attempt at diversification felt more like one to appease investors than something that would legitimately matter to people who care about games. Its initial gaming launch last year with five games was uninspiring and forgettable, but this summer has dramatically recolored my perception of Netflix as a games publisher.

Given that launch lineup, I didn’t think much of Netflix’s announcement that it would have almost 50 games available by the end of the year. And yet, the quality of recent announcements and the releases in July are sufficient reason to reconsider things. Into the Breach, if you haven’t read my review update (which involved updating the score to a very rare 10), is an all-time great game, and the only way to play it on mobile is by having a Netflix subscription. Before Your Eyes, which was quietly one of last year’s best games, is also now on mobile via Netflix. Ports may not sound like the most thrilling way to make a mark, but when it involves bringing such terrific games–particularly in the case of Into the Breach, which is a perfect fit on mobile, or Before Your Eyes, which ensures you have a camera–I’m more than okay with it.

We’re also not far removed from the release of Poinpy, which is a delightful original game from the creator of Downwell that came out of nowhere. If Netflix can continue facilitating mobile ports for stellar games and periodically dropping quality original releases, it suddenly begins to have a much more serious presence as a mobile player. We don’t yet know if it can replicate what the last month or two looked like going forward, but Spiritfarer, Kentucky Route Zero, Reigns: Three Kingdoms, Terra Nil, and presumably Oxenfree II: Lost Signals (the developer of which is now owned by Netflix) make for a promising outlook.

Part of the appeal of Netflix’s gaming lineup is it mimics the best part of Apple Arcade: These are microtransaction- and ad-free games, which is a refreshing change of pace if you play many mobile games. But more critically, it’s the exclusive home for these games.

You don’t pay anything more (at least at this point) to access Netflix’s games, so it just becomes another perk of having Netflix. As the streaming giant tries to crack down on password-sharing, you’ll now have more to lose by dropping Netflix. As someone who definitely doesn’t share a Netflix subscription with my family and never would, I clearly have nothing to worry about. But if the day comes that I have to pay extra to enable password-sharing or simply get my own subscription (which I definitely have), I now would need to consider losing not just access to endless rewatches of I Think You Should Leave and Aunty Donna’s Big Ol’ House of Fun–which is frankly unthinkable to me–but also Into the Breach and other games, which is fast becoming a nonstarter.

Just how successful any of this is for Netflix remains to be seen–it’s a giant company, and gaming is surely just a small fraction of its business at this point, and one that’s possibly hard to evaluate given its scale and the way it’s integrated into standard subscriptions. Will Netflix still be bothering with games in a year or two? It’s impossible to say, and I would certainly prefer to be able to just buy a game like Into the Breach outright and have access to it forever (and I could do without the “NETFLIX” in front of game names on the App Store). But if Netflix gaming is here to stay for now, at least we can continue to benefit from a stronger gaming lineup than most of us ever expected to see with Netflix’s name on it.