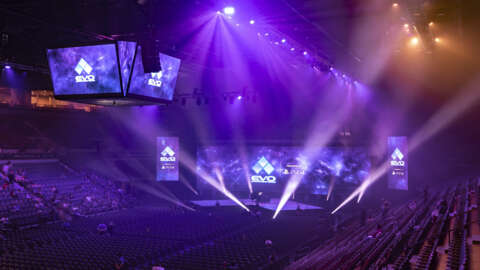 Evo 2022–the largest fighting game tournament of the year and the first live Evo under PlayStation’s ownership–is slated to begin August 5, and PlayStation is celebrating with Evo Lounge, a brand-new show focusing on all the action throughout the weekend.

Evo Lounge will air August 5 and 6 live from the Mandalay Bay Convention Center in Las Vegas where Evo 2022 is being held. According to the official PlayStation Blog announcement, the stream will include “curated show coverage, bracket updates, interviews with players, and exciting content and reveals from developers and publishers.”

The blog post also promises updates from the tournaments, sneak peeks on what’s coming next for fighting games, and more. Publishers confirmed to be part of Evo Lounge include:

Evo Lounge will be available on PlayStation’s official YouTube and Twitch accounts, while the Evo tournaments themselves will be broadcast concurrently across eight different Twitch streams throughout the weekend. A full schedule of all the Evo action can be found at the event’s official website.