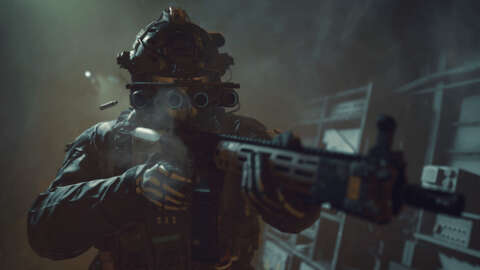 Microsoft’s plan to acquire Activision Blizzard is currently being scrutinized by regulatory bodies across the world, and in Brazil, Sony’s official response to that government’s questions has been published. According to those documents, Sony believes that once Microsoft owns the Call of Duty franchise as part of the acquisition, it’ll have the power to influence users’ console choices.

“According to a 2019 study, The importance of Call of Duty to entertainment, in general, is indescribable,” the company said via a VGC translation. “The brand was the only video game IP to break into the top 10 of all entertainment brands among fans, joining powerhouses such as Star Wars, Game of Thrones, Harry Potter, and Lord of the Rings. Call of Duty is so popular that it influences users’ choice of console, and its community of loyal users is entrenched enough that even if a competitor had the budget to develop a similar product, it would not be able to rival it.”

Sony added that the level of investment that Activision commits to for each Call of Duty game is unrivaled, and along with a dedicated workforce spread out amongst several dedicated studios, is one of the reasons why the franchise is an annual best-seller. That level of success has in turn made Call of Duty an incredibly profitable franchise and a globally recognized brand, with a dedicated fanbase attached to it.

Back in February, Microsoft reiterated its intention to continue developing Activision franchises for competing console platforms and said that it would continue supporting Call of Duty on PlayStation “beyond the existing agreement” and into the future. Microsoft had previously confirmed that it would honor any existing publishing agreements, specifically 2022’s Modern Warfare 2, Call of Duty: Warzone 2 in 2023, and a new Call of Duty core release in late 2023.

Microsoft’s purchase of Activision Blizzard was announced in January 2022 and is expected to close by June 2023, with the FTC approval in the US possibly coming later this month. Beyond that US regulatory body, the acquisition still has to be passed by other government watchdog groups such as the UK’s Competition and Markets Authority.