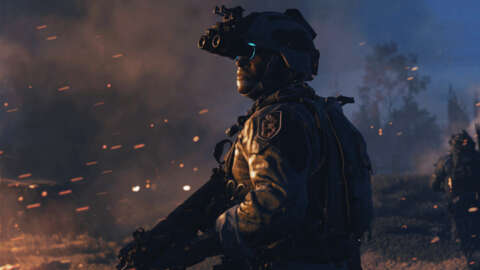 Activision has confirmed that new “premium content” for Call of Duty is planned for 2023. Activision commented on the series and its plans, referencing its teams and studios preparing to support its games with “substantial live operations” for next year and beyond.

“Across the Call of Duty ecosystem, the teams are well positioned to support these launches with substantial live operations, while also continuing development of new premium content planned for 2023 and beyond,” Activision said in a statement during its Q2 2022 earnings report (via VGC).

Reports from earlier this year mentioned that 2023’s Call of Duty could be delayed to 2024. This would be the first time since 2004 that a year would pass without a new mainline Call of Duty game, which has had an annual release schedule since 2005’s Call of Duty 2.

The company also mentioned that progress on Warzone’s mobile edition continues to look “strong” and that players can expect an “innovative mobile experience” when it launches. Activision also mentioned that second-quarter revenue and operating income had declined year-over-year due to “lower engagement” for Call of Duty, but that it began to rise again in the first quarter.

Call of Duty: Modern Warfare II is scheduled to launch on October 28, and Warzone 2 is also expected later this year, and will likely increase engagement in the series. If everything goes to plan, the proposed acquisition of Activision Blizzard by Microsoft is also expected to be finalized next year after it’s approved by various government regulatory bodies across the world.

Over in Brazil, newly published documents by that country’s business watchdog group has revealed that Sony believes Microsoft’s ownership of Call of Duty could persuade users to switch to Xbox in the future.