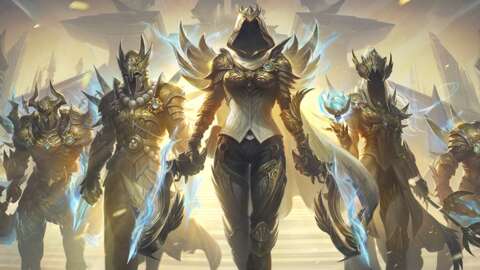 Diablo Immortal Season 3 is set to start August 4, with Blizzard using the update as an opportunity to clarify its content plans for the mobile ARPG moving forward.

“It’s important to note that all content mentioned above is not mutually exclusive to a Mini or Major content update and may sometimes just be released once it has reached a state of quality worthy of our players,” Blizzard said.

As for what’s coming in the Season 3 update, a new battle pass will make its debut, which includes various crests, hilts, Legendary gems, and more for players to earn. Like previous battle passes, there will be a free reward track as well as a premium “empowered” reward track and a collector’s empowered reward track that grants instant access to additional cosmetic rewards.

Wrathborne invasions will be the major new piece of content coming in the update. Once per day, players will be able to fend off an invasion of elite demons. Those who fend off the demonic hordes will be rewarded with gear, with the top three damage dealers for the event receiving an additional reward of six Enchanted Dust to further upgrade their equipment. The game’s previously featured Hungering Moon event will also be returning from August 12-15.

A few quality-of-life improvements are coming with the Season 3 update. Players should find it easier to organize Warband activities now that members will have their online status and in-game activity displayed, and players will now be able to vote to kick party or raid members who are inactive.

Diablo Immortal has reportedly earned more than $100 million since launch, with Blizzard president Mike Ybarra defending how the game is monetized even as it has been heavily criticized for its alleged pay-to-win microtransactions.