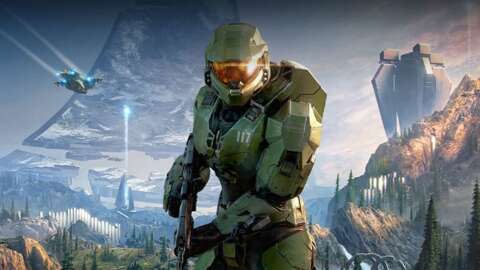 Halo Infinite’s open world was significantly minimized, a fact trending again after 343 Industries head of creative Joseph Staten spoke on the Game Maker’s Notebook, a podcast by the Academy of Interactive Arts & Sciences.

In the podcast, Staten explained the main motivating factor behind such reductions was because the studio simply didn’t have enough time to achieve a level of desired fidelity for the amount of content originally planned.

“We didn’t end up cutting that much ultimately from the open world, but I know from the original designs there was a pretty significant scaling back of what the team had hoped at one point that they could deliver on,” Staten said.

Staten also said Halo Infinite didn’t quite fit into the standard mold of open world, and not every traditional open world feature suited the game. Staten said the team instead focused on the emergent first-person shooter systems. “Let’s embrace those systems,” Staten said. “The other systems that sometimes come with open world games, that’s just not for us. So let’s not lose focus and spend too much time in that area.”

This isn’t the first time we’ve heard of Halo Infinite’s open world getting sliced and diced. In a 2021 Bloomberg report, it was revealed that the studio cut over two thirds of Halo Infinite’s content and reduced the scale of the open world from a “Zelda-like experience” to something much smaller.

Halo infinite released in 2021 on PC, Xbox One, and Xbox Series X|S.