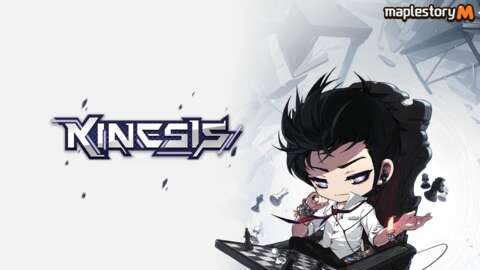 Kinesis is a magic user who accidentally pulled his town into the Maple World after a frightening encounter with the white mage. He has made it his mission to protect the citizens of his hometown and help them find their way home. He is available to all players after they download the July 27 update.

An example of battle in MapleStory M

As for anniversary events, mobile players can participate in various mini-games through the MTour, running from July 27 to September 7. If players log in from July 27 to August 3, they can receive limited-time pets and auto-battle charge tickets as part of the Kinesis On-Time Event. From July 27 to August 30, players can level up Kinesis to receive special rewards. New characters may also earn two additional levels when they rank up in the same time period. Finally, if players clear daily missions for seven days in a row between August 10-31, they can claim special rewards as part of the 7-Day Mission Attendance Event.