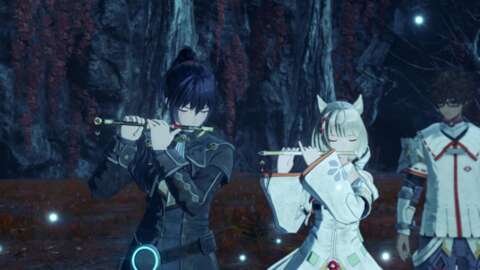 In the world of Xenoblade Chronicles 3, the world is split up into different Colonies, each one operating in its own area. Each Colony is run by a commander and has its own different needs and facilities. As you explore the world, you will find different Colonies and become associated with them. Here’s how Colony Affinity works and how you can increase it.

How to increase Colony Affinity

At the start of Chapter 3, you unlock the ability to liberate Colonies. Once a Colony is liberated, it is no longer your enemy and you are free to walk around and use its facilities. In addition to the Colonies, there is also the Nopon Caravans, which have their own affinity chart. The way it works is that each Colony has an affinity meter, which starts at one-star and goes all the way up to five-stars.

You can increase the affinity by talking to people around the Colony marked with a gold star, completing side quests for the Colony, eating at their Canteen, seeing off fallen troops, and supporting their troops in conflicts near the Colony. The side quests offer the largest amount of affinity, but since there is a limited number of those you will need to do the smaller tasks as well, talking with people and supporting their troops.

The Colony Affinity chart lists your affinity level and rewards for each Colony.

At each star level, you will receive a passive bonus of some kind. These bonuses can stack if you receive the same one from multiple Colonies. If you check the Colony Affinity map in the menu, you can see the list of five bonuses offered by each Colony. Under the Party Skills tab in the menu, you can see which bonuses you have, the percentage collected from the different Colonies, and the percentage bonuses given by the affinity.