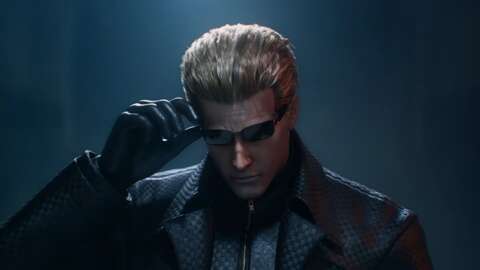 Dead by Daylight is getting yet another Resident Evil crossover for its Project W chapter, adding fan favorites Albert Wesker, Ada Wong, and Rebecca Chambers to the game’s cast of playable characters.

It doesn’t look like there will be a new Resident Evil-themed map this time around, with Project W’s cinematic trailer taking place at the Raccoon City Police Department. Behavior Interactive says the chapter will instead feature a “reworked” version of the map based on the iconic location from Resident Evil 2.

The crossover event does not yet have a release date, with the chapter trailer saying only that it’s “coming soon.” Project W will continue the trend of various horror franchises crossing over with Dead by Daylight, which has also seen events and characters from properties like Silent Hill, Saw, Scream, Halloween, and more in recent years.

In addition to announcing Project W during its recent event, Behavior Interactive also unveiled its new multiplayer FPS Meet Your Maker, where players can team up to raid dungeons filled with various traps created by the game’s community. A closed playtest for Meet Your Maker is happening August 23, with signups available via the game’s official website.