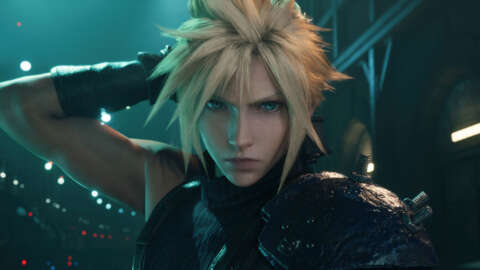 Thatgamecompany’s co-founder and the director of Journey and Sky: Children of the Light goes by Jenova Chen, but that isn’t his real first name. In an interview with IGN, Chen shared that he picked Jenova while learning English in school. The class was instructed to pick English names and Chen’s friend (the only other video game fan in the class) picked Cloud from Final Fantasy VII. Chen decided he had to pick an even better character to outdo his friend, so he landed on Jenova, the ultra-powerful extraterrestrial being, after deciding Sephiroth was too difficult to pronounce and spell. “Jenova is absolutely way more badass than Cloud, so I picked that name,” Chen told IGN. Chen never intended for Jenova to be his proper name, but reverted to it in college when one of his professors struggled to pronounce his real name, Xinghan, and it has since stuck.

Needless to say, Jenova Chen is a fan of Final Fantasy VII, so we wanted to hear his thoughts on Final Fantasy VII Remake when we recently spoke with him about Sky: Children of the Light’s three-year anniversary. “I didn’t play it. I don’t want to ruin my memories of Final Fantasy,” Chen said, “I choose to seal my memory the way it was when I first played it.”

“Most people… their mind is most influenced by something they experience when they are 13 to 15 years old, when their frontal cortex is developing. That’s why stuff staying there is never forgotten, because it’s in later cells, built in the top,” Chen said, “And in many ways a lot of people’s lives, particularly artists’ lives, are defined by those experiences. For me to go back to look at that thing again, now that I’m an older adult with much more cynical views? I just feel like I can only see bad things coming out of it.”