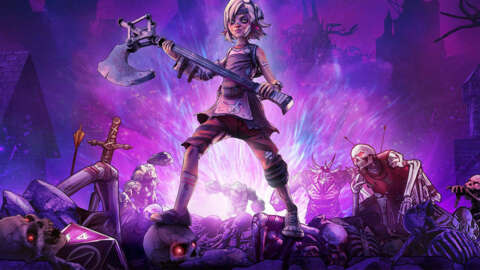 The second wave of titles has been added to the PSN Summer Sale, with thousands of products now available at great low prices. The variety of games on sale is truly staggering, including hits such as Cyberpunk 2077, OlliOlli World, Deathloop, FIFA 22, and more. Sony’s sale ends on August 17, so you’ve got plenty of time to sift through the catalog and find something that fits your needs. If you’d rather pick up a physical copy, many of the same exclusives are on sale at third-party retailers.

Deathloop is one of the best-reviewed games on sale, and having earned our GOTY 2021 award, it’s an easy recommendation. The Deluxe edition, specifically, is down to just $32 from its usual $80, making now a great time to check out the FPS action. This version includes a bunch of in-game goodies along with an original soundtrack. Fans of Dishonored or Prey will immediately feel at home with the sleek shooter, although any fan of open-ended action games will find much to love about Arkane’s latest creation.

If you’re yet to check out The Last of Us Part 2, you’ll find it on sale for $20. The emotional game continues the story of Joel and Ellie, with players this time stepping into the shoes of the latter. Aside from its masterful story and tense third-person action, The Last of Us Part 2 looks stunning on PS5 with the option to play in 60fps.

The number of other games on sale is impressive, with a list filled with heavy-hitters such as Far Cry 6, Assassin’s Creed Valhalla, and Death Stranding. You’ll find the full catalog on PSN, but we’ve highlighted some of our favorite deals below.