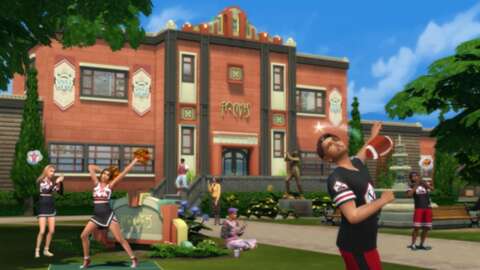 In keeping with Sims 4 tradition, the new High School Years expansion and its accompanying free update broke a whole lot of features in both the base game and other expansions. A new patch has now been released that addresses some of the biggest bugs, including one that caused rapid aging, and another that made sims want to date their family members.

The infamous incest bug appeared in the game as part of the wants and fears system, which has been re-introduced from past Sims titles. An unrelated but similar bug arising from the High School Years update, which saw adult sims tagging teenagers in inappropriately flirty Social Bunny posts, has also been fixed.

Another major bug arising from the update saw sims rapidly aging–sometimes in reverse–in games where sim lifespans were set to Long or Short, rather than the default Normal lifespan. The full list of corrected bugs can be found in the patch notes below.

Sims with a short or long Lifespan no longer become younger or age dramatically when leaving Create a Sim.The “Ask to be Girlfriend/Boyfriend” Want now targets appropriate Sims.Adult Sims no longer tag teens in flirtatious Social Bunny posts.All available Sims now can be selected for travel even if they are currently not on the current lot.

Sims without Fame no longer occasionally appear to have it.

Sims now can walk through the I Was a Teenage Garbage Artist pile of clutter.