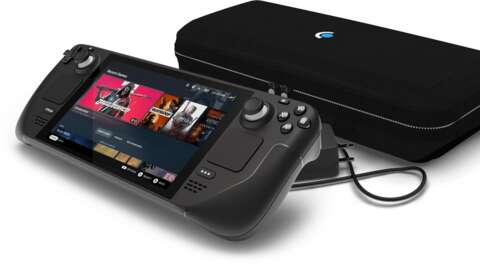 These new reservations will not impact existing NA/UK/EU reservation timelines. So if you’re in Q3 or Q4, you’ll still be in those queue groups with the same estimated delivery dates.

Valve will partner with Komodo to distribute to the new regions, and will show at BitSummit in Kyoto and September’s Tokyo Game Show.

In related Steam Deck news, Valve also recently confirmed that everybody with an existing confirmation will get a Steam Deck before the end of 2022. Many people in Q4 were also pushed up into Q3. You can check the details of your Steam reservation while logged in to your account.

Steam Deck comes in at three price points: 64GB for $400, 256GB for $529, and 512GB (among other upgraded qualities) for $649. Though there are handheld PC competitors on the market, like the Ayaneo line, none can compare to what you get from a Steam Deck for the price you pay.

In a recent big Steam Deck update, the device will now warn you whether it’s running too hot or too cold, and just in time for an expanded regional release, has new localized keyboards for 21 languages.

Check out our Steam Deck Review for everything you need to know about Valve’s handheld PC.